After a long tough year, it’s time to make a comeback. The RPMI Partner & Friends Comeback Conference will be held at Abba’s House in Chattanooga. Our goal is to equip pastors and empower leaders.  Sessions will be Sunday morning and evening, and Monday through Wednesday evenings. Scroll down to read more about our speakers. 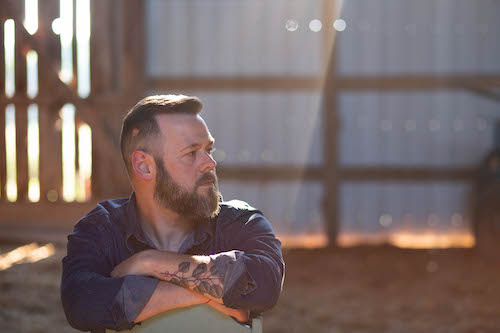 Todd Tilghman won over the hearts of millions on NBC’s The Voice. The father of eight and then-lead pastor of Cornerstone Church in Meridian, Mississippi, charmed viewers with his “country soul” music and went on to take Team Blake [Shelton] to the top, securing a win as the champion of Season 18.

After his time on the hit show, Todd dove head-first into his music career and even made the move from Mississippi to Tennessee to be closer to the action of Music City.

He has just released a book with his wife called “Every Little Win,” which tells how their focus on joy and celebrating every little win has helped them to overcome numerous challenges over their twenty-plus-year marriage.

Todd will be leading worship and presenting a mini-concert on Monday night of the Comeback Conference before Pastor Ronnie Phillips releases the message, “Are You Ready for a Comeback?”

On Tuesday, we’ll have a Next Gen Min Roundtable. Pastor Ken Hartley will lead the discussion with a panel of young and up and coming pastors from around the nation who will all take your questions and talk about next generation ministry.

Our Women’s Luncheon with speaker Lindsey Clark will be on Wednesday at noon. This is a separate, ticketed event that you can purchase when you register.

Lindsey  is the co-founder of Creative Church. She is a supermom to her four children, and a leading lady in the world of beauty and empowering women with the creative grace to live in overwhelming confidence! She is a gifted speaker, influencer, and CrossFit coach!

We’ll also enjoy a delicious meal from Chicken Salad Chick and be treated to a fashion show sponsored by Brenda Bryan, owner of the Lily Pad Boutique.

Worship will be led each session by the Abba's House worship team. Todd Tilghman will be singing on Monday night, and LU Praise from Liberty University will be leading on Wednesday night.

LU Praise is a group of dynamic musicians dedicated to glorifying God through testimony, song, and worship. Members come to Liberty University from across the United States and other nations as a community of worshipers dedicated to spreading the Gospel through music.

There will be fun stuff for your preschool and K-5th kids each night in our Epic Kids Comeback Nights. Reserve your child's place when you register for the conference.

Registration for the conference is FREE, because we don’t want anything to keep you from making your Comeback!!

Register for the conference and get your tickets for the Women's Luncheon.

All sessions except the Women's Luncheon will be streamed live. 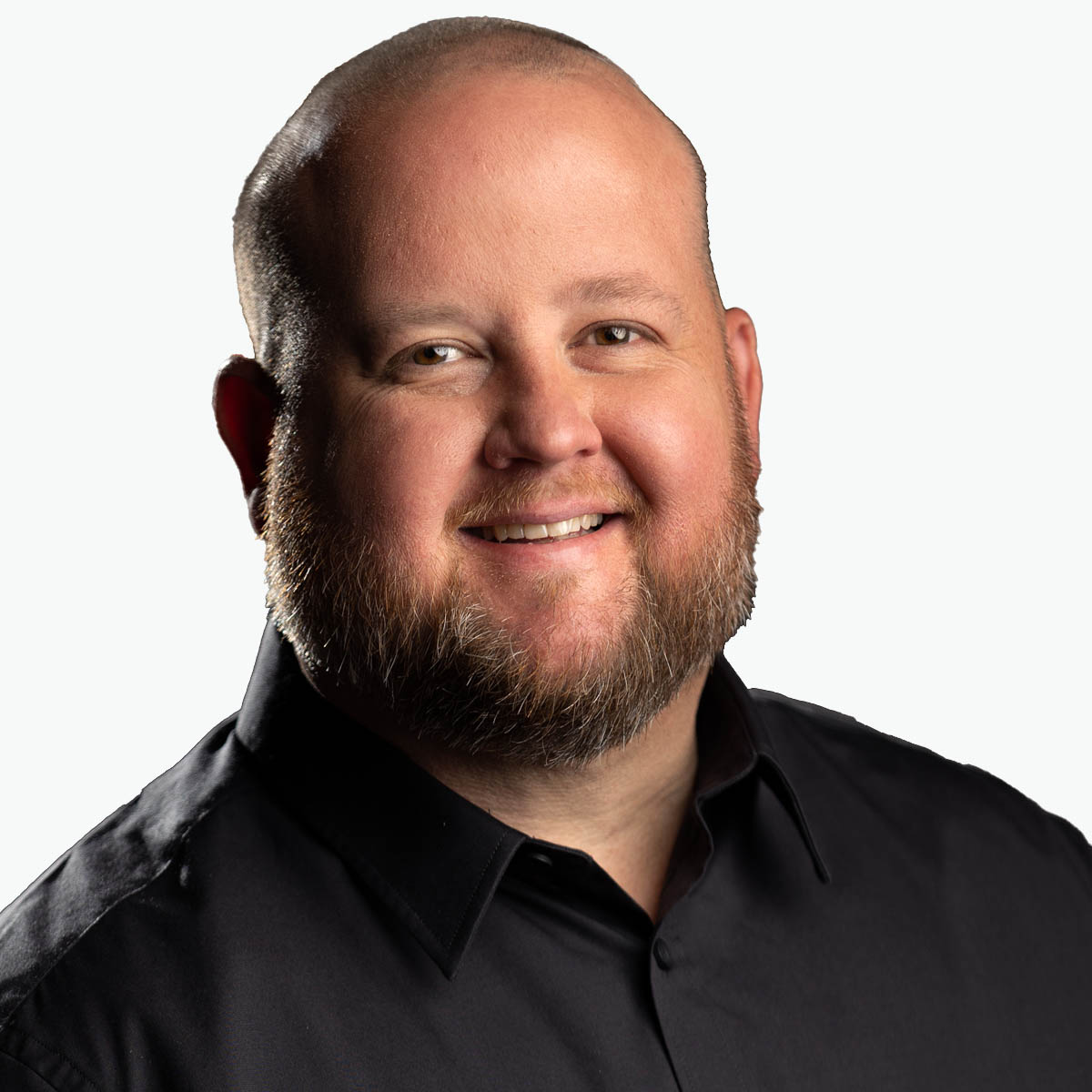 Dr. Ronnie Phillips, Jr. is the Lead Pastor of Abba's House in Chattanooga, Tennessee and founder of Ronnie Phillips Ministries International. He is most known for his dramatic comeback after walking away from God as a young adult, but the crown jewel of his comeback is what God has done through him the last 15 years. Pastor Ronnie has delivered help and hope to thousands of people around the world. Not only has he been on television around the word, he has preached the gospel in Israel, Guatemala, Nicaragua, Panama, Dominican Republic, Haiti, and in places across the United States. Thousands of people from all walks of life have been set free through his biblical and inspirational grace messages.  His passion is seeing people reach their full potential in the Kingdom.

Pastor Ronnie's weekly program, Fully Alive, can be seen on YouTube, his website, or on the stations listed here.  He is the author of two books, The Power of Agreement and The Hero Within. 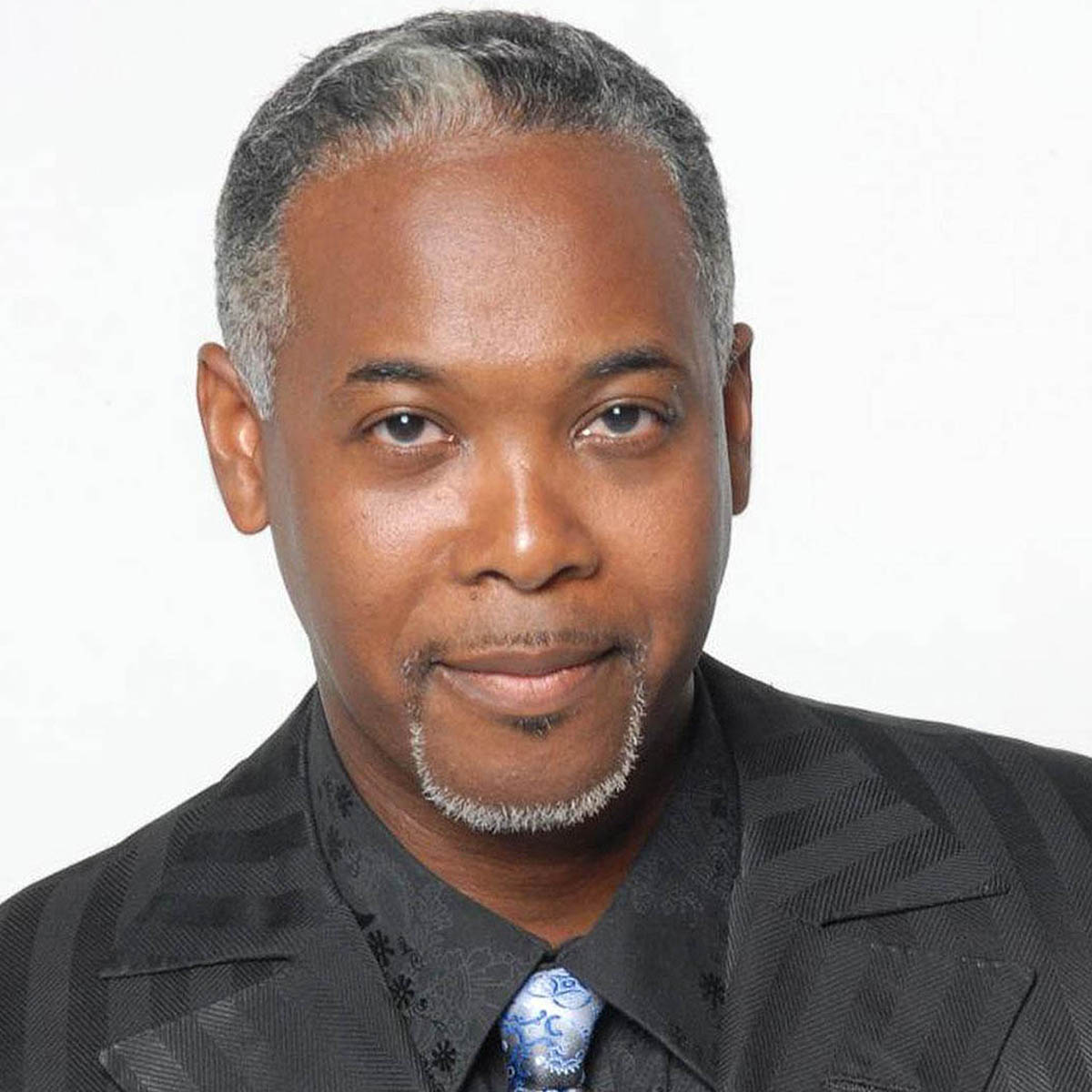 Bishop Dale Bronner is the founder/senior pastor of Word of Faith Family Worship Cathedral, an interdenominational ministry, founded in 1991, thriving with more than 19,000 members. Many regard Bishop Bronner as a leader’s leader. Consequently, he is a much sought after conference speaker and leadership trainer, whose travels have taken him around the world. He is an accomplished author, with several books to his credit: Get A Grip (1996), Guard Your Gates (2002), A Check Up From the Neck Up (2003), Treasure Your Silent Years(2004),Home Remedies (2005), and Pass the Baton (2006). Bishop Bronner is co-author ofPlanning Your Succession(2008). He is also a contributing writer for the books, Man Power and Failure: The Womb of Success. Bishop Bronner’s message reaches millions daily through his international multi-media broadcast. Bishop Bronner lives with a mission to reach the lost and teach the found. His passion is to know Christ and to make Him known as well as to bring maturity to the Body of Christ. 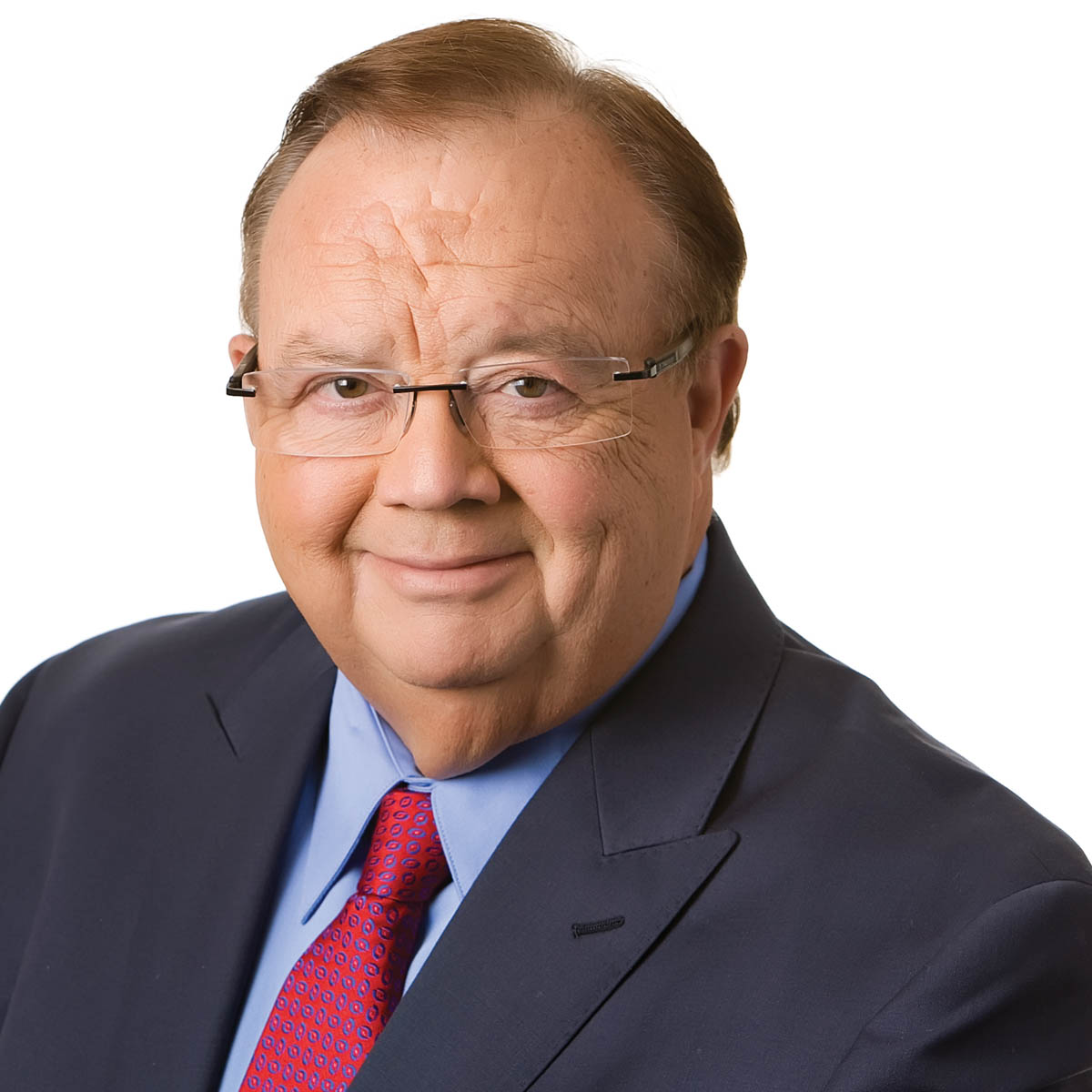 Dr.  Ron Phillips became Senior Pastor of Abba’s House, located in the Chattanooga, Tennessee area, in 1979, where he served for over 38 years until he transitioned to Pastor Emeritus in January 2018. Under his ministry, this Southern Baptist church experienced the birth and growth of many ministries, broke records in church giving and attendance, and completed several building projects, but more importantly, the church exploded into new realms of renewal and spiritual awakening.

He is a sought-after conference and crusade speaker both nationally and internationally. For over 30 years, his weekly television broadcast was seen all around the world on a number of satellite outlets and networks. His programs can still be seen online and on YouTube. He is also an accomplished writer, with more than 35 books authored, including the Foundations on the Holy Spirit series, Our Invisible Allies, Everyone’s Guide to Demons & Spiritual Warfare, The Power of Agreement, The Unraveling of America and most recently, The Sermon: Keys to Living An Uncommon Life from the Sermon On the Mount.

In his role of Pastor Emeritus, Dr. Phillips is an ambassador of Abba’s House, ministering to churches around our nation and providing guidance and oversight to many young pastors. He also assists with preaching and teaching as needed at Abba’s House. 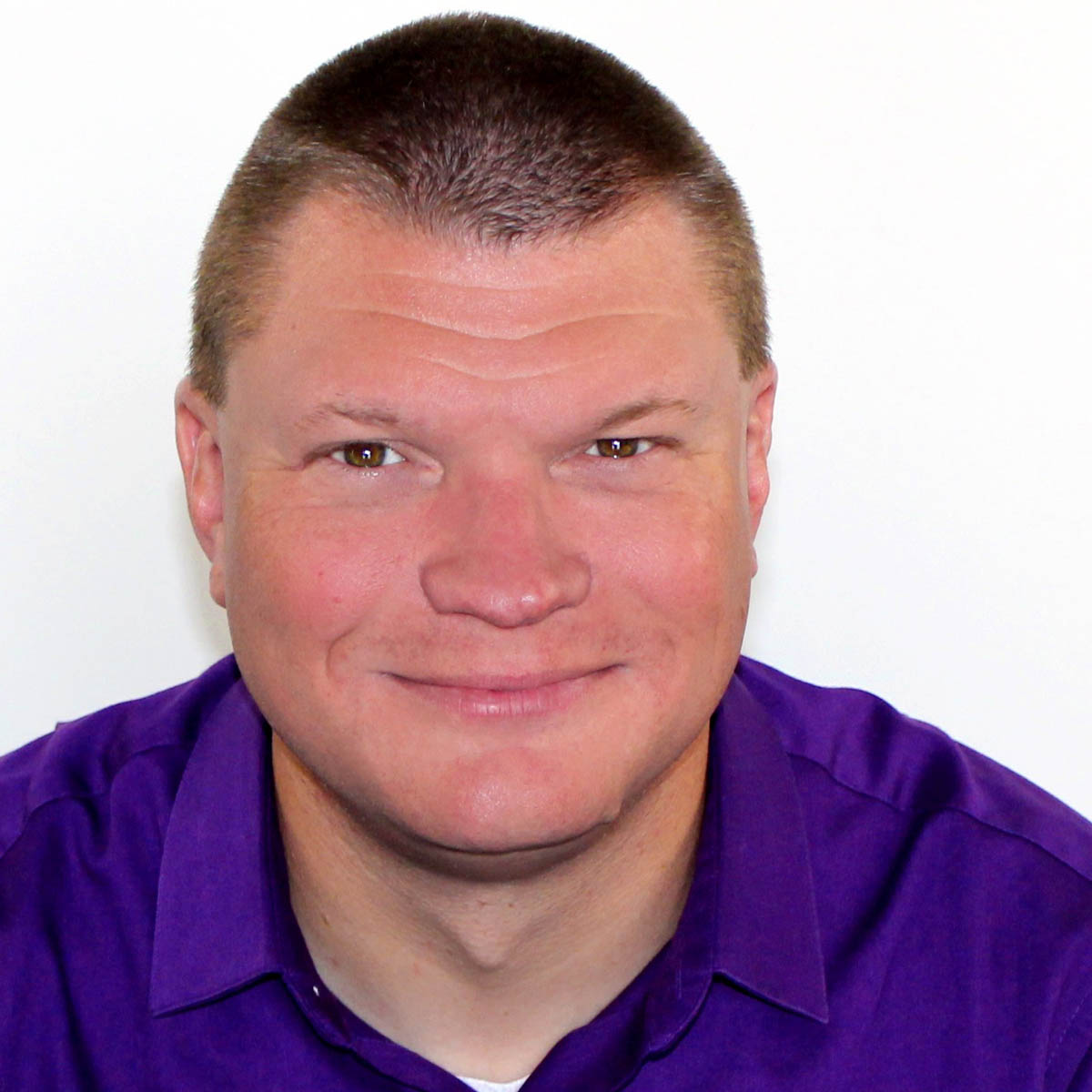 Matt Smith is the Senior Pastor of Refuge Church of the Assemblies of God, in Jonesboro, Arkansas. He served Refuge for 9 years as a staff pastor, and has led the church as Senior Pastor for the past 14. Under Pastor Matt’s leadership, Refuge has developed an extensive outreach and missions program that includes a community Hope Center that offers food, clothing, career services, rehabilitation services, and a Healing Room to the people of northeast Arkansas. Recently, Refuge has established additional church campuses in Africa, and Marked Tree, Arkansas. Pastor Matt is deeply involved in the Jonesboro community, leading the Mayor’s Prayer team, as well as the Ministers for a Better North Jonesboro. Pastor Matt is the product of 4 generations of Pentecostal heritage and is passionate about seeing the church return to the power of God as manifested in the book of Acts.

There will be fun stuff for your preschool and K-5th kids each night in our Epic Kids Comeback Nights. Reserve your child's place when you register for the conference.

Check in begins each night at 6:15pm.